Aim For The Stars With A Career In Space – What Are Some Of The Coolest Jobs Out There?

Home/Blog/Career advice/Aim For The Stars With A Career In Space – What Are Some Of The Coolest Jobs Out There?
Previous Next 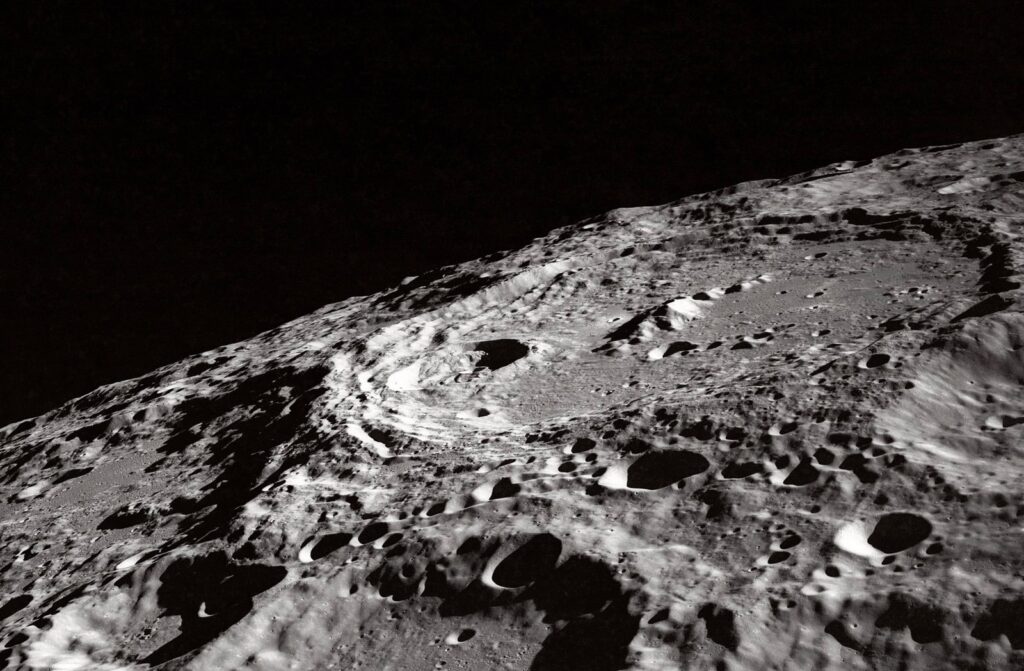 Today marks the anniversary of the Apollo moon landing. It was, in the words of Neil Armstrong, a giant leap for mankind. Just a few years later, in 1972, the last person ever set foot on the moon. Since, no missions to the moon took place. The industry behind it however, has been booming since. Jorg Stegemann, our network partner and owner of Apollo Executive Search / Kennedy Paris (what’s in a name) shines a light on the many options the industry offers and the skills required for a career in space. It might surprise you that you don’t need to be a rocket scientist or even engineer per se.

Today, an estimated 600.000 people work in the so-called space industry. This does not include regular air travel or aviation, we really are talking about people working in industries related to sending materials and people into earth’s orbit and beyond. These include companies and initiatives like Elon Musk’s SpaceX, who alone has over a 100 positions ready to be filled to help them promote and advance space travel. Mind you, with an estimated cost of $500.000 per ticket, traveling into space is for the happy very few still. But it could happen as fast as 2023.

Needless to say there is a future in space. And where there’s a future, there’s work. And where there’s work, there’s a need for skilled people. Christine Darden was a NASA human computer in the 1960’s and one of the subjects of the book and movie adaptation ‘Hidden Figures’ She was an African American woman who worked her way up to be one of NASA’s most respected aeronautical engineers. She put it nicely. ‘We do need our young, bright people prepared to do work in space, and that’s all of our students’.

The possibilities are endless really. not just for engineers or scientists. You can consider a career in the space industry with a background other than engineering for instance software development, HR, sales, marketing, architecture, finance and even food services and catering. To inspire you, we selected a few of the coolest jobs that are needed today, or will be needed sooner than we think. In keep with the type of positions we as a network generally do searches for, all of the below are at least college level jobs.

With most, if not all of space’s territories left unclaimed, it might end up being a bit of a legal battle to determine who get’s to do what and where. Asteroid mining alone will most certainly become a legal nightmare once we know how to do it. Asteroids can contain water, nickel and even gold and platinum, and in much higher concentrations than on earth. With about 9000 known asteroids currently orbiting the earth, and over a 1000 new ones discovered each year, there is a pretty hefty source of valuable goodies out there. Currently there are no, or at least no clear, regulations on who gets to mine these. Now there’s a multibillion-dollar lawsuit waiting to happen, right?

Even though we said you don’t need to have an engineering degree for all careers in space, for this one however, you do. As an aerospace engineer you are in charge of the actual spacecraft. Without you, nobody will be going into space anytime soon. The aerospace engineers design, assemble and test the spacecraft and take every step again and again until the end product is guaranteed to do the job and to be safe. Needless to say a high level of intelligence and a background in engineering, physics, mathematics or any other technical science will give you an advantage.

If you think flying a commercial airplane is cool, imagine flying a commercial spacecraft into space! Needless to say, this requires some pretty hefty training and solid knowledge of aircraft engineering will help you beat the fierce competition. A high level of physical fitness is required too. The lack of gravity, the thin air and other circumstances aboard a spacecraft can make an astronaut’s fitness level drop with 50% during a mission.

Can I get you a Vodka Martini? Imagine asking this at an altitude of 100 kilometers. This job requires more skills than those of a crewmember on board of a commercial airline. Again, physical fitness is a must. And as each member of the crew is assigned a specific role to secure that the whole team covers all flight and mechanical requirements, technical knowledge is a plus for this role too.

If you pay $500.000 for a ticket to fly to the moon, you likely want to stay somewhere nice once there, right? Granted, the first commercial moon flight won’t land on the actual thing, but there will be a time that people will spend time there. They will need housing and facilities and their spacecraft will need to land on or in some sort of airport of facility too. These all need to be designed. As the conditions on the moon are very different from here on earth, space architects will need specific expertise in the harsh and brutal environments in space. This ranges from extreme radiation to freezing temperatures and again, a lack of gravity. And as we still are learning about the long-term effects of spending time in space, designs need to be adaptable and flexible. Also, repairs are not a matter of calling a contractor, so designers might want to think of easy ways to print or recreate elements and parts of their designs.

When a mission is taking place, the technical communications expert is the live link between the crew and their guests and the technical team on earth. Excellent communication skills and a good set of working ears are vital. Furthermore, you need to understand the complicated science lingo used and be able to digest this into easier language for other staff and their teams. You’ll be hearing everything first, so it will almost feel like being in the spacecraft yourself.

With an industry growing so fast, the flow of money coming in and going out needs to be planned and analyzed strictly. As financial analyst, you will play a vital role in the overall operations and will ensure profitability of projects. Tasks may include tracking costs, financial forecasting, report on budget and spending of budget during the various projects, support and ad-hoc analysis of money spent to allow management decisions and more. Tis job might be far from the actual action, but it is vital to bring any space mission to a success.

A press release titled ‘First commercial passenger ever lands on moon’ will no doubt generate some nice coverage. But before that is a reality, there already is so much to talk about. Any company working in the space travel industry or supply to it has stories to tell. A good PR manager can filter these stories and finds way to present these to the various audiences out there. A marketing manager knows how to connect with prospects and existing clients and secures strong brand recognition. With PR and marketing overlapping more and more, they could very well be merged into one role. Either way, a background in PR, communications, marketing, sales or journalism will give you an advantage.

We are always over the moon when we find that perfect match between candidate and client, but never have we seen any of our candidates travel into space. Who knows, maybe in the near future. Between the partners of the Kennedy Executive network, there is some pretty impressive experience in recruiting for air craft manufacturers, airlines, industry suppliers and yes, even for aerospace. We most certainly would be able to source the right talent needed for the job.

Jorg Stegemann is the founder of both Apollo Executive Search in Paris and the global network Kennedy. Apart from contributing to our company blog, he has written for Forbes, BBC and other

Apollo Executive Search, as controller, uses cookies and other tracking devices to improve its website and compile visit statistics. By checking this box, you agree that Apollo Executive may install, store and use these cookies. You have the right to withdraw your consent to the storage and use of these cookies. For more information, see our privacy policy at https://www.apolloexecutive.com/legal-information/

Apollo Executive Search, as controller, uses cookies and other tracking devices to improve its website and compile visit statistics. By checking this box, you agree that Apollo Executive may install, store and use these cookies. You have the right to withdraw your consent to the storage and use of these cookies. For more information, see our privacy policy at https://www.apolloexecutive.com/legal-information/

NOTE: These settings will only apply to the browser and device you are currently using.

Apollo Executive, as a data controller, uses cookies and other tracers to improve its website, make visits statistics and share your data with social networks. By checking the box, you agree that Apollo Executive submits and uses these cookies. You have the right to withdraw your consent to the deposit and use of these cookies. To learn more, read our privacy policy here: https://www.apolloexecutive.com/legal-information/